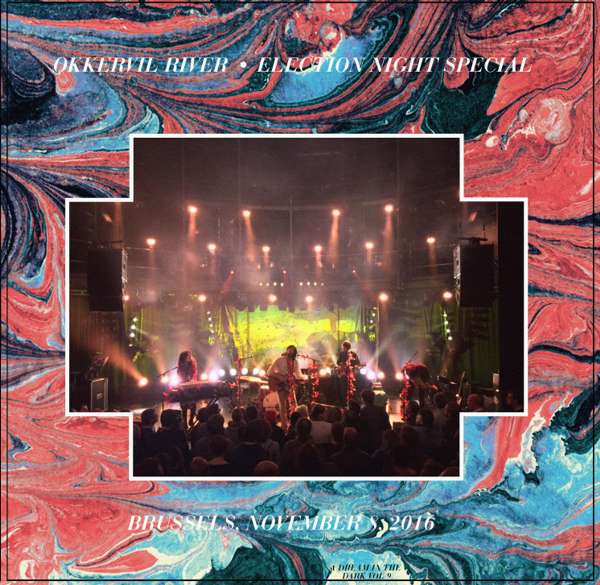 On election night 2016 a newly reconstituted Okkervil River found themselves at a small club nested within the botanical gardens of Brussels, Belgium, nearing the end of European tour dates for the deeply personal eighth Okkervil River album Away. At the start of this set Will addresses the crowd, telling them how grateful the band is to play a show and take their minds of their fear and anxiety about the outcome back in the states. There follows a dreamy 90-minutes plus of music played by a band with their minds half in the room and half somewhere else, reenacting crucial cuts from Away as well as breathing adventurous new life into sometimes almost unrecognizable old Okkervil River classics. The set ends with a cover taped a few days later, paying tribute to Leonard Cohen who died the day before the election. Sonically a bridge between Away and the following Okkervil album* In the Rainbow Rain* (which would start production shortly after the ill-fated presidential election) Election Night Special is a powerful, urgent performance and the first audio document of the band in its present lineup. Liner notes for Election Night Special contain a long essay by Will on the making of Away and his recollections of that emotionally charged European tour.